Toronto City Council was busy last week reviewing a slate of development applications across the city, and arguably two of the largest and most transformative master plans in Toronto received their stamps of approval. After passing the rezoning application for East Harbour, Council gave the green light to the expansive Galleria Mall Redevelopment, which seeks to transform the sprawling site of the current mall at the corner of Dufferin and Dupont Streets into a new high-rise mixed-use residential community. Included in the proposal is a new community centre to replace the existing Wallace-Emerson Community Centre, as well as a completely redesigned Wallace Emerson Park. 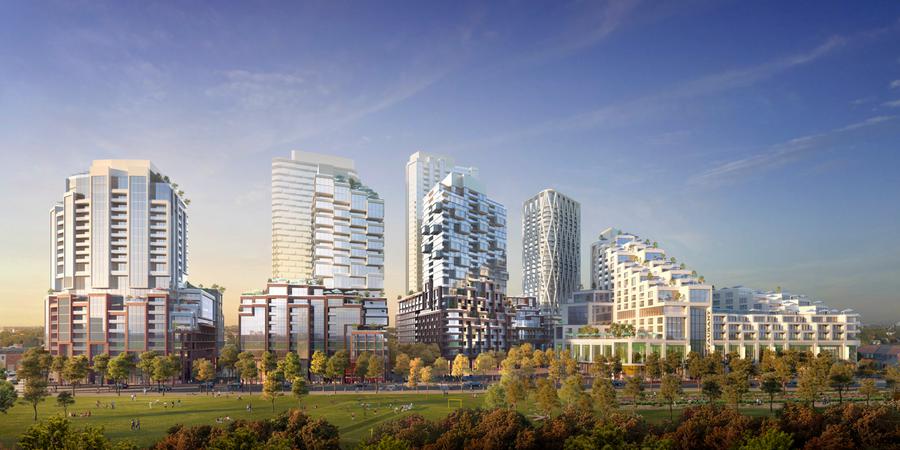