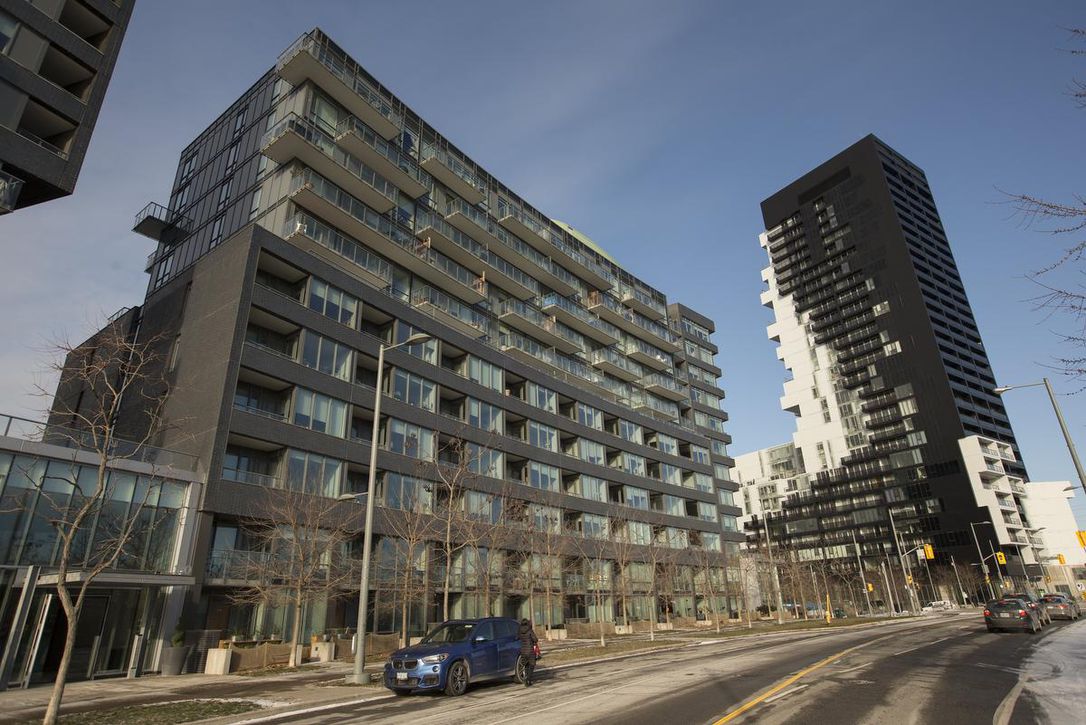 Instead of a row of highrise buildings, similar in height, shape, colour and design, picture a mix of structures side by side — some taller and skinnier with conelike forms, others shorter with multi-hued portions sticking out like Jenga pieces.

Earlier in the week Waterfront Toronto released a Request for Qualifications (RFQ) document as part of its international search process to secure a partner to develop the 12-acre Quayside parcel on the waterfront and turn it into a mixed-use development, consisting of housing, retail, promenades, boardwalks, cultural event space and more.

Included in the search document is a requirement calling for “cohesive diversity.”

According to the RFQ documents, this means the qualifying development team for the project should have a world-renowned lead architect who will be responsible for developing the overall vision and strategy for Quayside’s buildings.

The lead architect will only design the first of Quayside’s five blocks.

After that, other architects will do the design work for the subsequent blocks and the lead architect will oversee and co-ordinate those phases, the RFQ states.

This process of diversity in architectural design has become more common here and around the world. Examples are the HafenCity district in Hamburg, Germany, the Barcode neighbourhood in Oslo, Norway, and closer to home the Canary District (formerly the athletes’ village for the Pan Am Games) here in the city, and ongoing builds such as The Well, a megaproject near Wellington and King, and the Galleria revitalization near Dupont and Dufferin streets.

The goal of diverse architectural design is to get away from the tried and true and build eye-popping “iconic” structures on the waterfront, says Steve Diamond, chair of Waterfront Toronto’s board.

Technology-focused Sidewalk Labs, Waterfront Toronto’s initial partner in the development of Quayside, wanted to build a high-tech city of the future before walking away from the table last year.

Diamond says the buildings the Manhattan-based firm wanted to construct at Quayside lacked the wow factor.

“Their idea was technology, but no one paid attention to how their buildings would relate to the public realm,” Diamond says.

Before throwing in the towel on Quayside, Sidewalk Labs, the Google-related firm, envisioned erecting buildings made from tall timber. But the building designs were fairly bland, according to Diamond.

“Once Sidewalk left and people looked at their plans, which from an architectural point of view in reality weren’t that exciting … people have told us … this is an opportunity to reorient people to the water and they want to see iconic buildings built on the waterfront.

“Now there’s an opportunity to have “variety and creativity” in building design at Quayside, while pursuing architectural excellence,” Diamond says.

David Pontarini, one of the founding partners of Hariri Pontarini Architects, says development projects have become a lot larger and a lot more complicated, so that’s why cities are typically looking for a bit of diversity in some of these big master-planned communities.

“They don’t want one architect to come in and treat every building the same way. They really like the idea of having different voices within the design process,” Pontarini says in an interview.

“It’s pretty common, more common than it used to be, let’s say that. It used to be that architects had big egos and wanted to do everything,” Pontarini says, chuckling.

“Nowadays there’s more of a desire to collaborate and recognize the complexity and diversity that these projects require,” he adds.

He explained that with the Galleria project, a multi-year mixed-use project, his firm, along with Urban Strategies, an urban design and planning consultancy in the city, led the master plan approval process.

“Then the first two buildings went to another firm and now we’re (designing) two of the buildings … And then after we’ve done our two, someone else will be brought in to do the balance of the buildings,” Pontarini explained.

Similarly with the Well project in the heart of the city, Hariri Pontarini did the master plan, while Adamson Associates Architects was brought in as executive architect to help co-ordinate the overall project and vision.

Two other architectural firms are working on several building designs for the Well, while another is doing the design work for the retail components.

This approach ensures flexibility in design, says Pontarini, adding: “You don’t want to shrink-wrap these (projects).”

(Waterfront Toronto board chair Steve Diamond is the CEO of Diamond Corp, one of the developers of the Well).

ChrisGlaisek, chief planning and design officer for Waterfront Toronto, is involved with the corporation’s architectural design vision for Quayside and was part of decision-making process for the development of the Pan Am Village residences (now the Canary District).

In opting for the diverse architectural design approach, Glaisek says the goal for the Pan Am village was moving away from “one grand, artistic statement” to something more varied and complex.

“There’s certainly projects that are big, that are done by one designer, but those tend to have a “monumentality” and I think we heard time and again from the community that they wanted something that felt like it related to the community,” Glaisek says.

Bringing on different designers won’t achieve the same “organic quality” of a city that has been developed over hundreds of years, Glaisek points out, but there’s an interesting dialogue that happens when you have different architects responding to each other.

With the Pam Am/Canary District, there were three architects that designed about six blocks in the area — the Toronto-based firms Kuwabara Payne McKenna Blumberg and architects-Alliance, along with Daoust Lestage in Montreal.

The differences in shapes, the various types of integration of masonry, glass, colours and other attributes are plain to see in the district, Glaisek says, adding that’s attributable to the variety in design vision.

“That was our first run at this idea of architectural diversity and I’d say we’re trying to up our game now with the Quayside project.”