Sitting atop of the historically significant six-storey brutalist office building, designed by John B. Parkin Associates, 350 Bloor Street East is a proposed 63-storey mixed-use tower. On the ground level, commercial spaces will be introduced, while the upper levels of the podium will remain as office space. The façade of the existing structure will largely be restored, save for the east wall, which will be reconstructed. The entire interior of the podium will be demolished and renovated to accommodate the tower above. The newly constructed tower will house 675 residential units. Being sensitive to the existing structure, the tower picks up elements of the brutalist architecture via precast concrete, punched window façade and a staggered rectilinear form. In contrast to the popular modern all-glass[MF1] tower design, this project will add a unique and environmentally sensitive form to Toronto’s skyline.

The tower is set back from the existing brutalist podium, allowing it to preserve its character at the pedestrian level, where retail and restaurant space activate the streetscape. These spaces will include views overlooking the Rosedale Valley Ravine to the north. The building is conveniently located within walking distance of both Sherbourne and Bloor-Yonge TTC stations, connecting it to the rest of the city via Lines 1 and 2 on the subway. 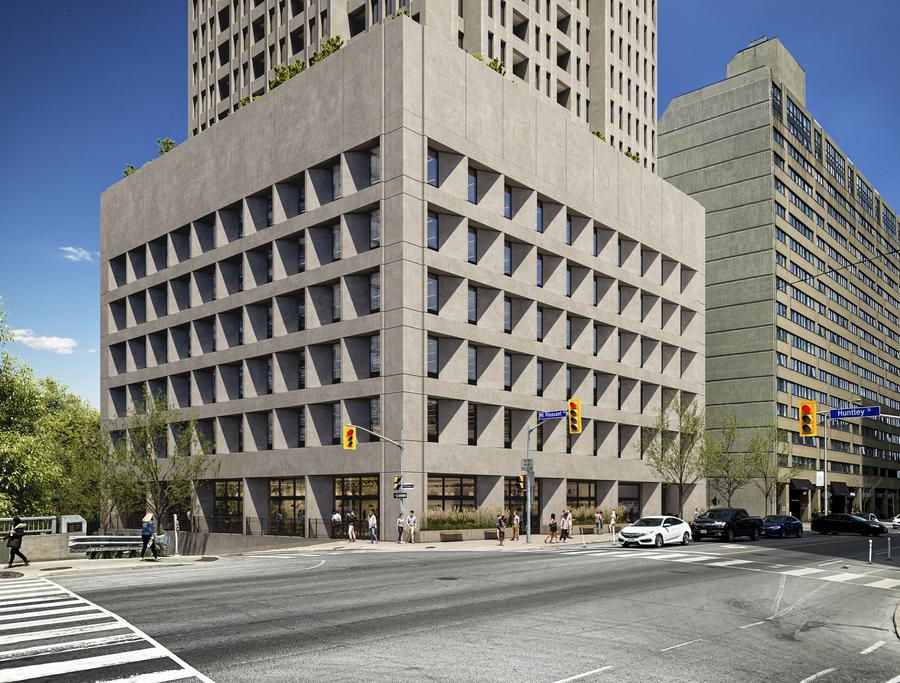 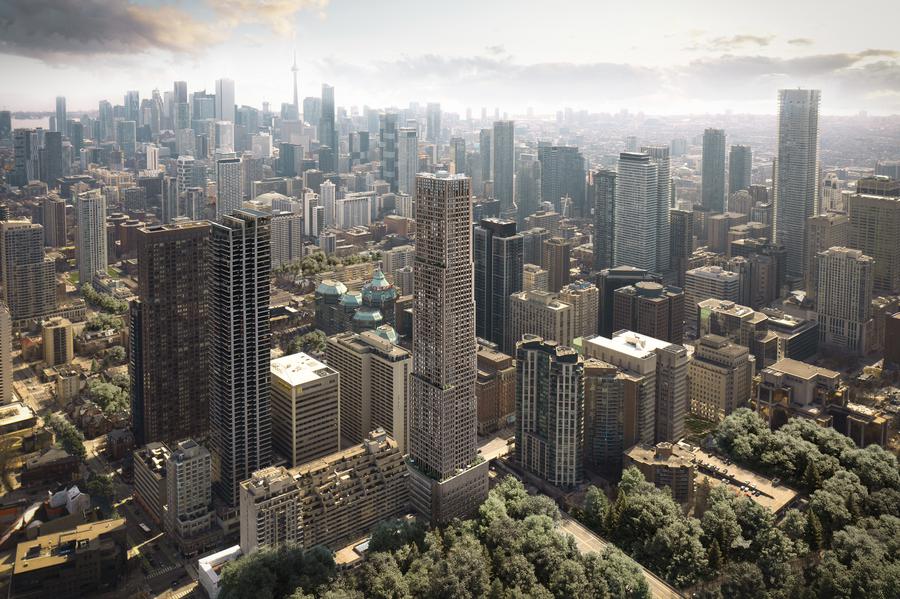