The City of Toronto is experiencing rapid growth, with the second largest concentration of high-rise buildings under construction in North America, surpassing Chicago and coming in just under New York City. Provincial strategies have encouraged this intensification, including areas like the Yonge Street Corridor. The One Yonge: A Case Study for Complete Vertical Communities paper, presented by David Pontarini at the CTBUH 2016 International Conference, outlines the narrative of the One Yonge project by Hariri Pontarini Architects (HPA), which is located at the foot of Toronto’s Yonge Street. The five-tower, mixed-use development has a footprint of 26,996 square meters, with its tallest structure rising to height of 303 meters. One Yonge is being developed as part of a larger precinct plan organized by the City and Waterfront Toronto. As precedence, One Bloor East, which is located at the intersection of the city’s two main subway lines, is a one-acre and 257-meter-high mixed-use residential building. One Yonge and One Bloor East are leading the development of successful models for vertical density in downtown Toronto. 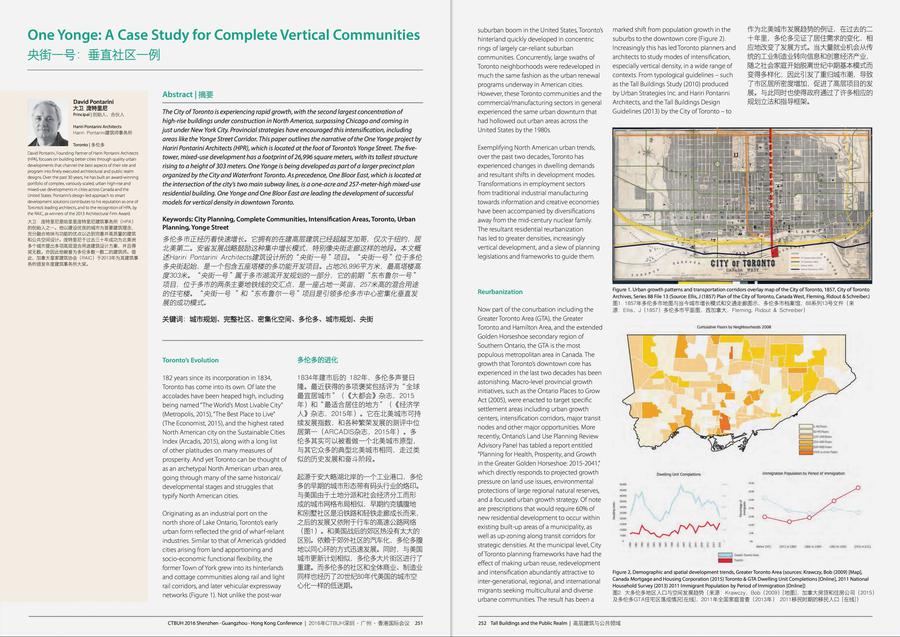 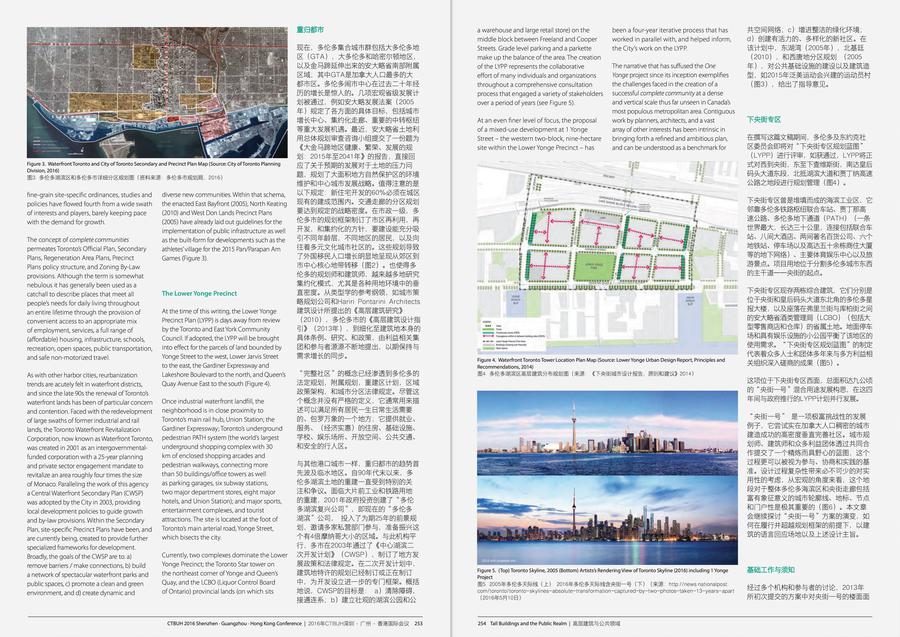 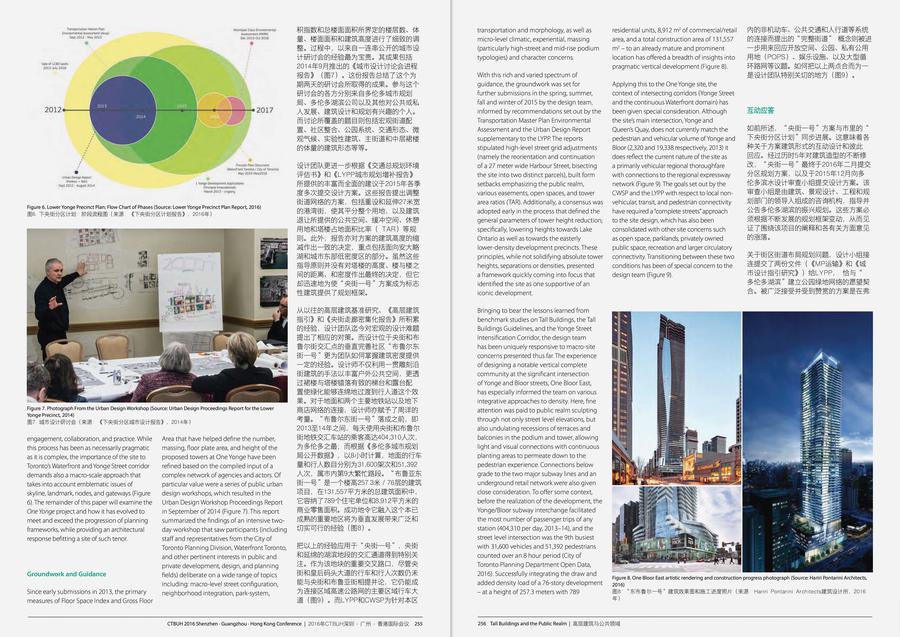 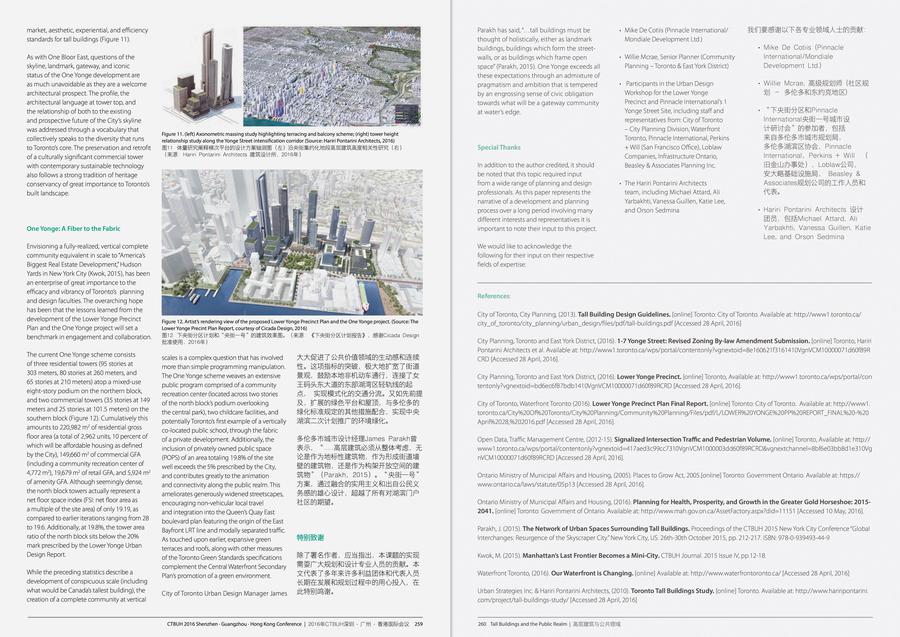