Surrey Centre Block aims to shape the future of transit-oriented development while leveraging its potential as the geographic heart of Metro Vancouver. Building upon the site master plan developed in collaboration with Urban Strategies, Phases 1 and 2 of the Centre Block will respond to the city’s anticipated growth as a significant employment and cultural hub. Adhering to core principles of north-south connectivity, high-quality public spaces, active streetscapes, and transit accessibility, the project will introduce two new office towers animated by retail at grade and institutional/civic uses on lower floors, with pedestrian-focused landscaped spaces woven throughout.

Structured along a curved axis characterized as “the Bow,” the public realm for Phases 1 and 2 will unite two existing civic anchors–the Civic Plaza to the north, and Central City Plaza to the south–while integrating with the Surrey Central SkyTrain station and broader transit infrastructure. Above, a canopy will be suspended over the Bow to provide shade and weather-proofing for pedestrians. The built form on site will draw inspiration from the architectural legacy of the City Centre and nearby Simon Fraser University campus to create a distinct identity and sense of arrival. As part of a complete community, the project sets out to attract major institutions and employers to reinforce the city’s function as the region’s second downtown. 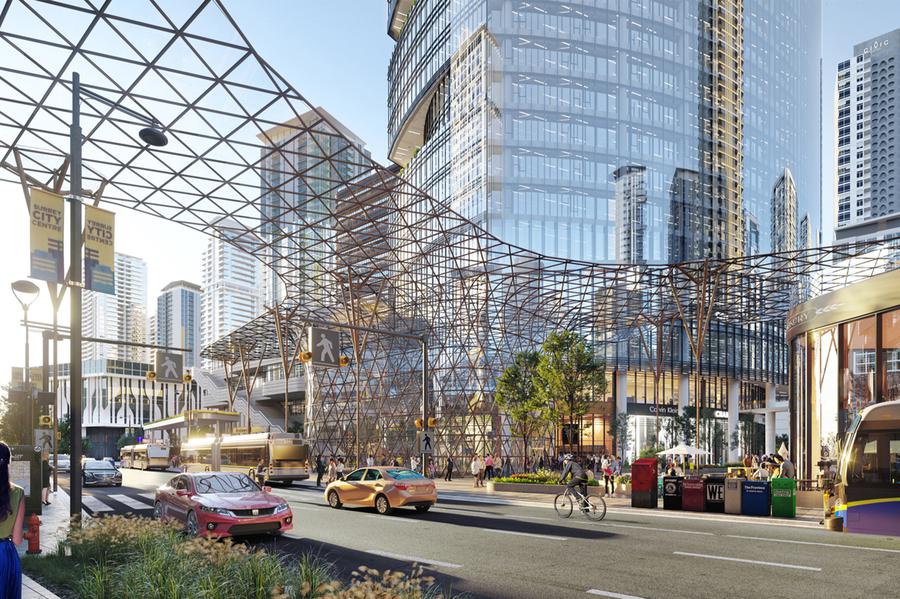 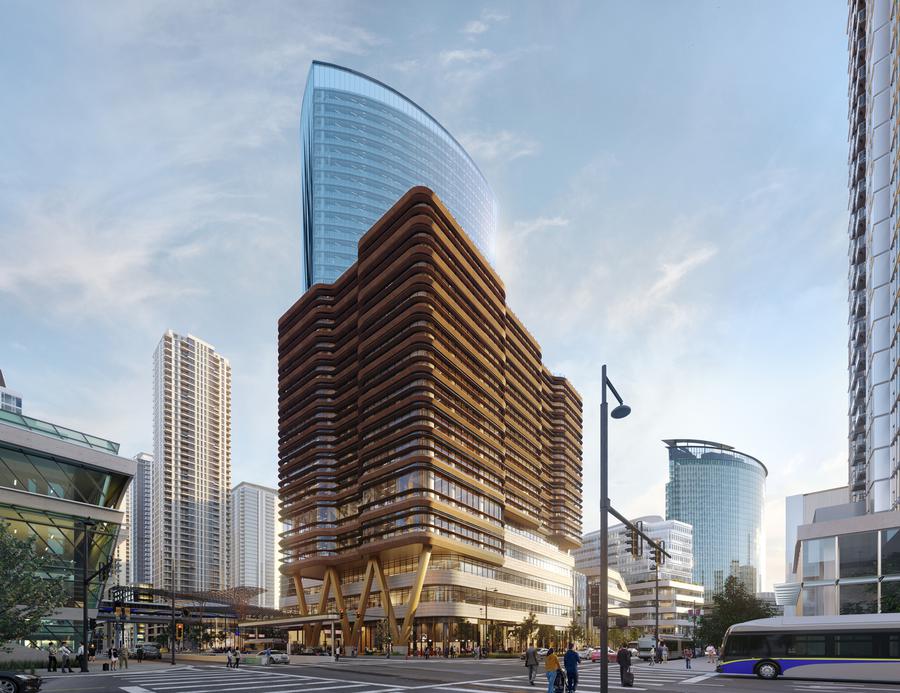 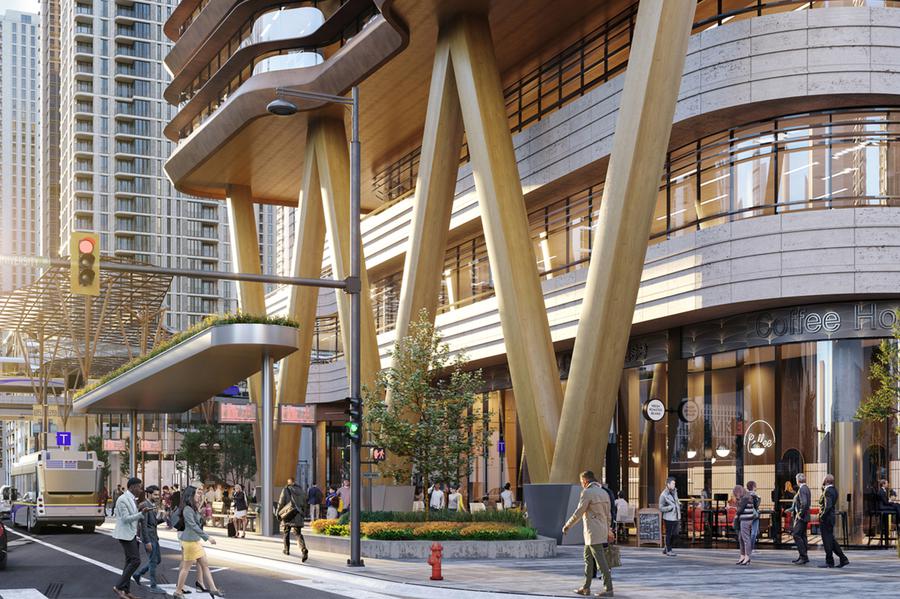 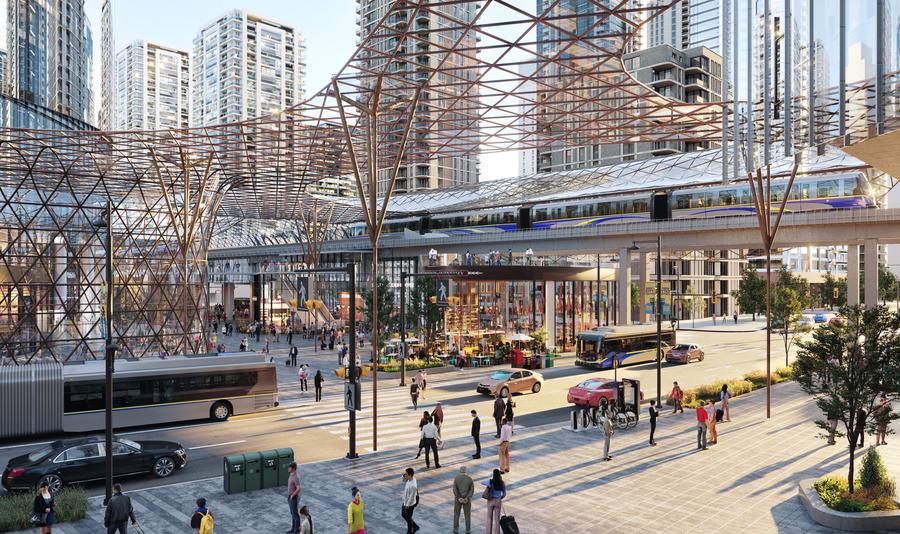 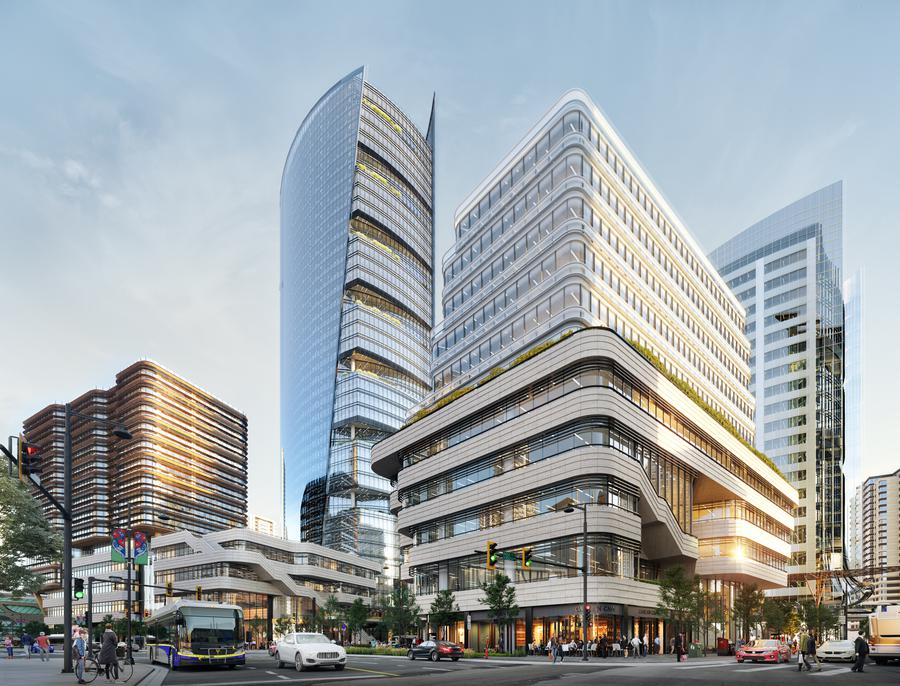 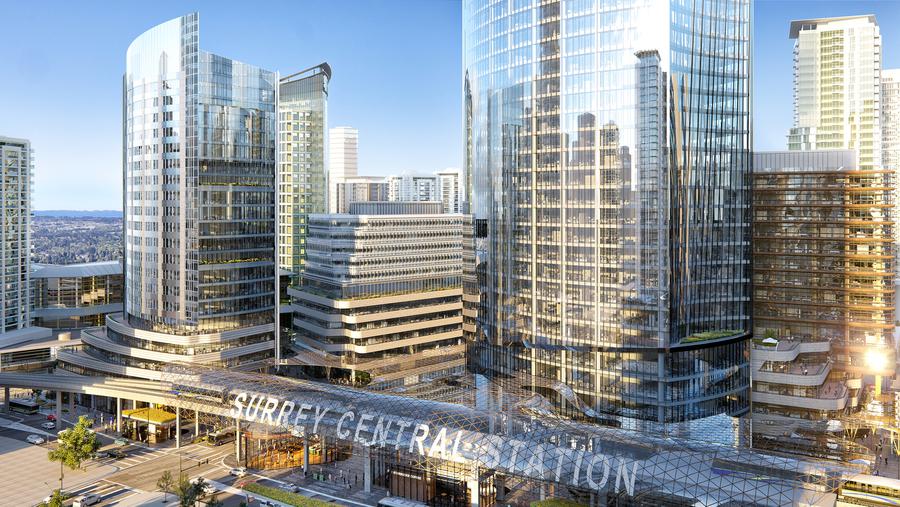