The Parks is a mixed-use development located at the corner of Jasper Avenue and 108 Street NW (also referred to as Capital Boulevard) in downtown Edmonton. Both streets are important roadways and destinations, distinguished by their location and unique characteristics. Jasper Avenue has been recently designated as Edmonton’s premier Main Street, the city plans to enhance the street to form a high-quality pedestrian experience with wide sidewalks, improved landscaping, and refined streetscape elements. Capital Boulevard is a visual and physical extension of the Legislature grounds into downtown Edmonton. This street features wide tree-lined sidewalks, mid-block pedestrian crossings, and mid-street islands with permanent art installations. Directly to the northeast of the project site, the Warehouse Campus Neighbourhood Central Park is planned as a large urban oasis in Edmonton’s downtown. The Parks will build on the enhanced appearance and improved walkability of the neighbourhood.

The built form consists of two slim, high rise residential towers (45 and 35-storeys) with small floor plates and a chamfered facade on a partial two-storey podium connected with a midrise residential “Link Building” (11-storey). The rooftop of the Link Building will feature outdoor amenity space for the residents to enjoy year-round. This design will offer a dynamic massing while providing sunlight penetration to the planned Warehouse Campus Neighbourhood Central Park to the northeast. A break in the podium, between the two towers, forms a large open-air Porte-Cochere, providing a connection to the park from Capital Boulevard. At street level, retail spaces wrap around the corner of the building’s podium, forming an active, pedestrian-scaled streetscape. The podium will create a new access point to the Corona LRT Station. This, along with bus routes, bike paths, and pedestrian access, form a connection not only to downtown Edmonton, but the North Saskatchewan River Valley and the rest of the city as well. 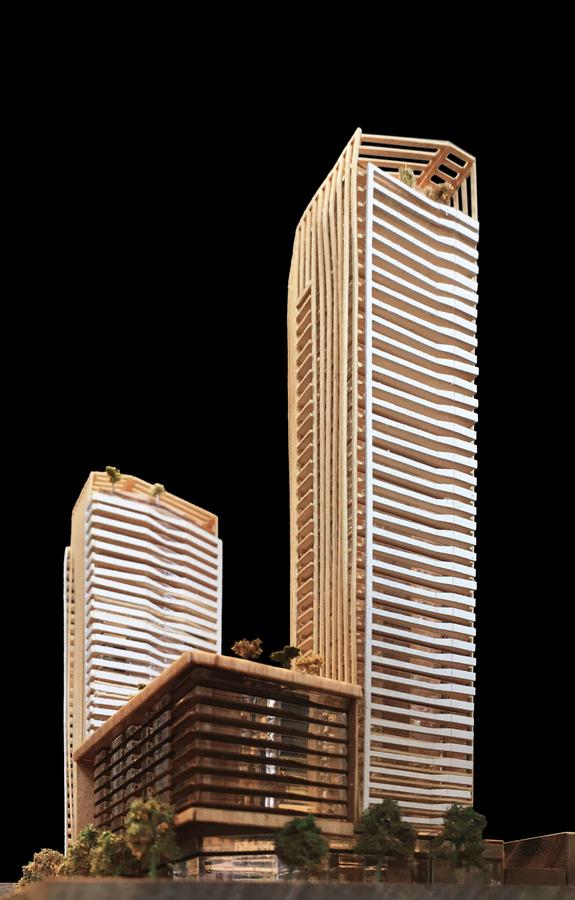 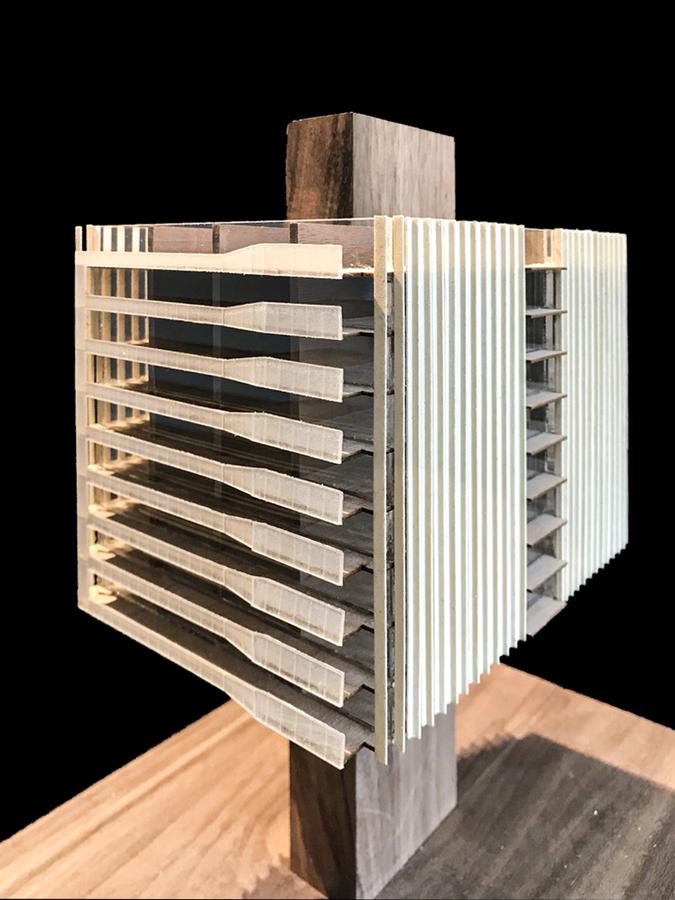 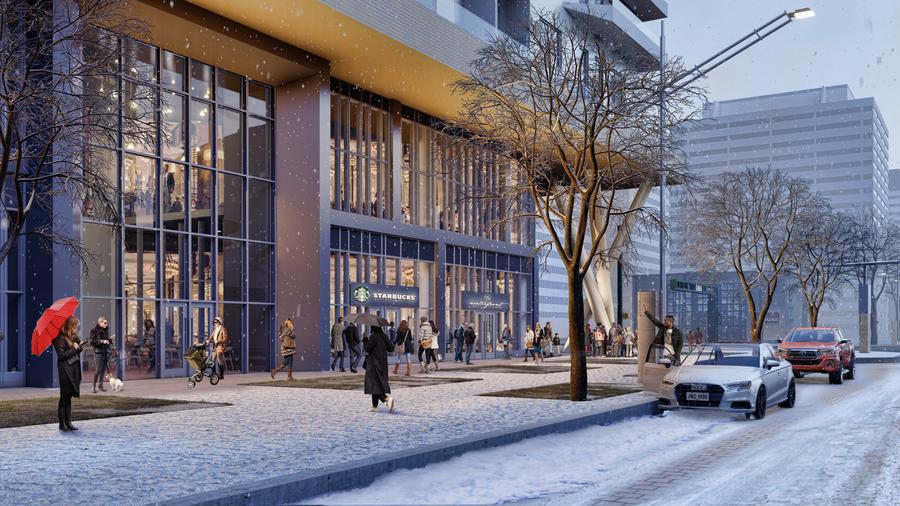 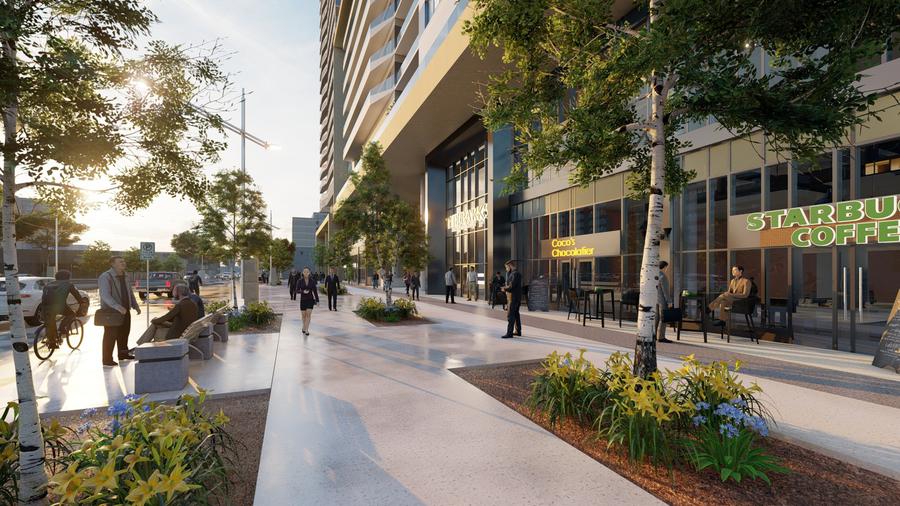 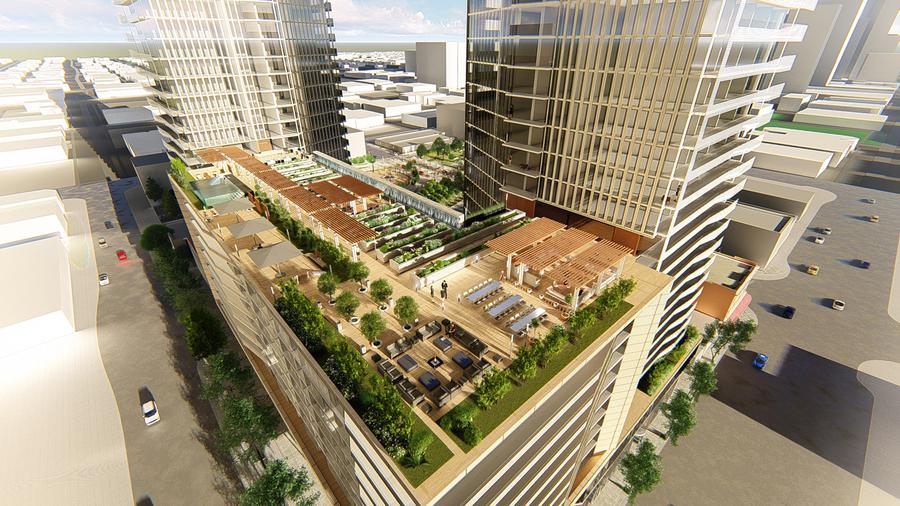 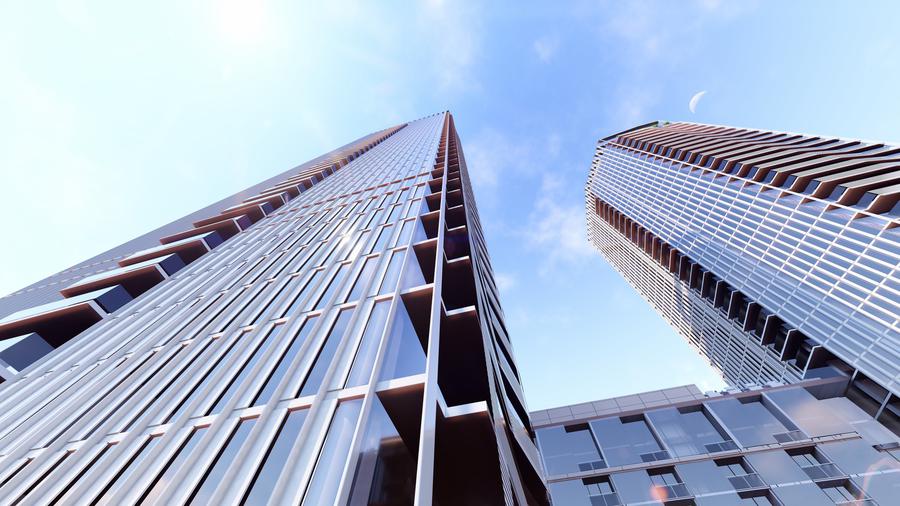 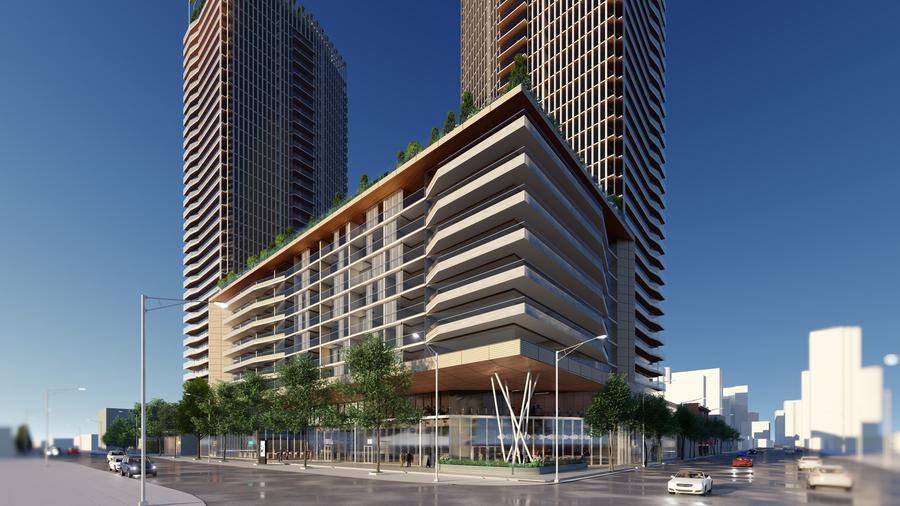 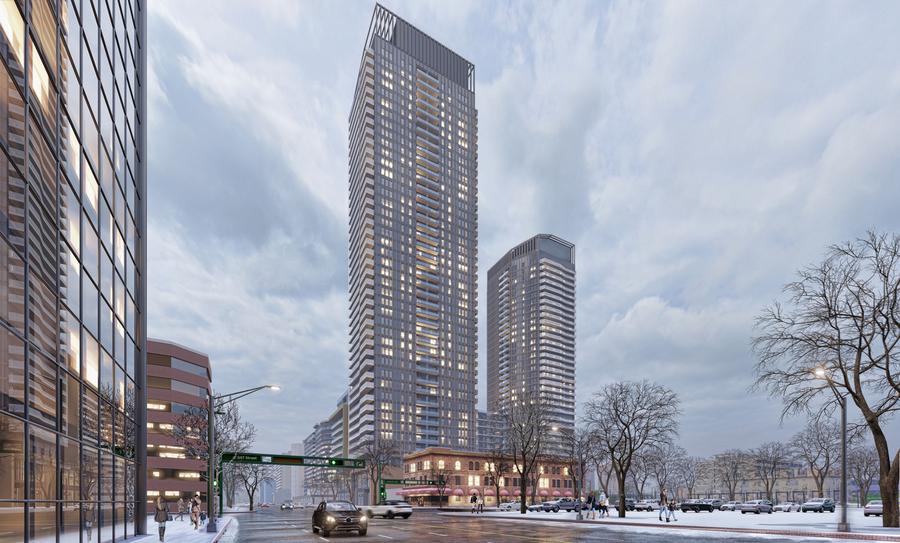